Esta é a semana 7 no meu novo traballo e foi unha semana incrible para celebralo. O noso Pedidos en liña is differentiating itself from the crowd of competition out there and doing it quickly. Next week we're flying down to Tampa to talk to another restaurant franchise, one of the largest in the country.

What's attracting these customers is simple. We get the order to the restaurant. That's what it's all about, right? When you order online, you expect to receive the product – quickly and accurately. Some of the competition concerned themselves with flashy front-ends and bare-essential integrations. Though they looked great, they aren't getting the order to the restaurant. If you can't provide an accurate order, on-time, and be assured that it made it… then you need to simply get out of the business.

There are some ‘fly-by-night' companies that have built a garage solution here and there, and there are other companies out there that have great ideas but they simply can't deliver them because they lack the talent or leadership. I joined a company that has the best of the best. We have far-reaching industry talent, incredible architects and developers, and most of all the passion to put it all together.

Comezando, Patronpath made some conscious decisions to invest heavily in talented people, a solid solution, and then they began to work on the industry. It's starting to pay off. The architecture behind our Point-of-Sales integration is a messaging framework that the largest retailers in the world would be proud of. The only thing our company lacked was a technologist to direct the traffic… that's where I came in. 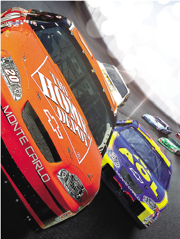 I suppose my job is a lot like the guy waving the flags in Nascar. I'm not nearly as talented as the drivers racing by, nor the owners, nor as amazing as what's under the hood. But I'm keeping my eye on the race, raising the yellow flag when we have a problem, waving the red one when we have to stop, and waving the checkered flag when we make our deadlines. It's an incredible challenge but I'm having a blast surrounded by these pros! And boy are we moving fast!

The acceptance meeting was one of the funniest I've ever attended… there were no questions and it lasted 10 minutes long. We showed the app and they accepted it. Done!

We also took our project backlog today and completed elimination of the last known bug in the application. We're now hard at work on enhancements, making plans for infrastructure changes (before they are needed) and developing the next versions of the application (before they are requested). I'm challenging myself to keep a closer eye on all the resources and managing the multiple teams we've got working for us, but it's been an amazing 7 weeks!